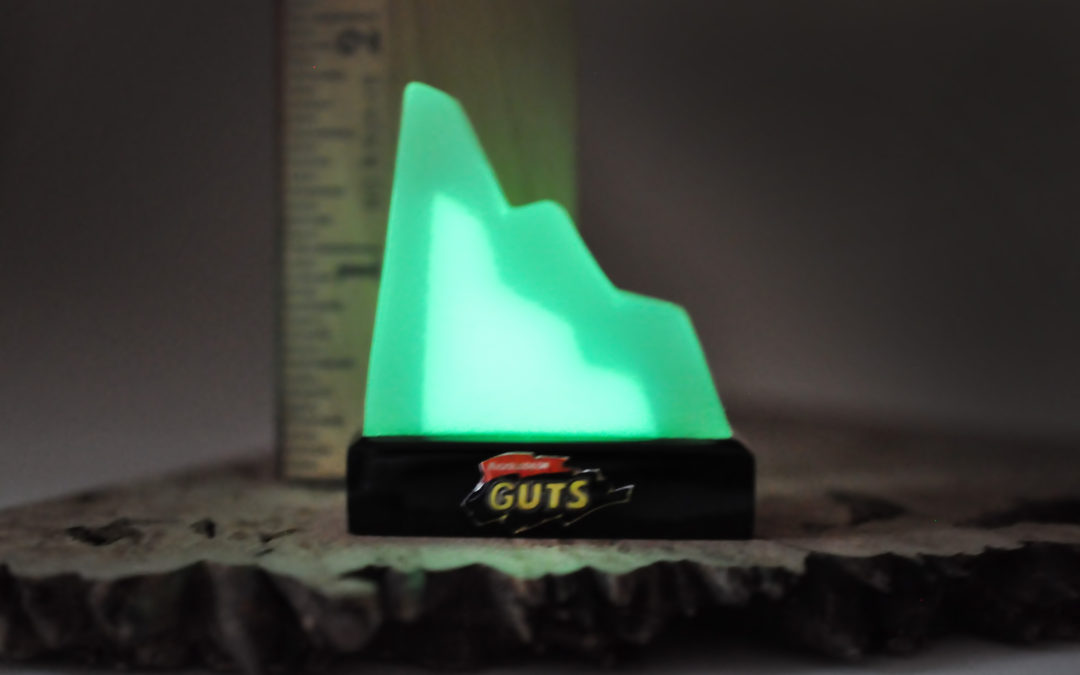 That was the question posed at the start of every episode of the Nickelodeon Television program “Guts”. The idea of the show was to have 3 contestants competing in several different types of events, ranging from field sports to pool sports where they accumulated points. The fifth and final event, the Aggro Crag (later renamed to the Mega Crag, and finally the Super Aggro Crag) ultimately decided the winner. The player with the most points after all five events won the game and received a gold GUTS medal, as well as a glowing piece of the Aggro Crag, or “radical rock” as Mike O’Malley so eloquently put it. I always watched the three contestants thinking, “I would be way better than that kid!” I guess when you’re sitting on the couch eating Cheetos in your pj’s, it’s easy to imagine kicking everyone’s ass. Regardless, I would have given my left nut to have been the one on top of the podium holding up that glowing green shard of plastic. Unfortunately, the show ended in ’95 and I never got the chance. Many years later, I started working for Hapco, Inc., a urethane & epoxy plastic manufacturing company, where I learned a great deal about mold making and casting. This started me on my path to creating my own models and replicas, specifically, the greatest trophy ever held above someone’s head. I made the pattern from sheet wax and clay. I added a texture to the wax by heating it up with a hairdryer and pressing it against a plastic tool box. For this piece to glow I mixed a phosphorescent powder into a clear urethane resin and cast a sheet of it. Then I cut out the rough shape so it had 1/4″ clearance from the first mold I made. That glow in the dark piece was then suspended in the larger mold while resin was poured around it. Sort of like making your own Popsicles, but would likely give you cancer if you ate it. Once that was cured, I attached the black plastic base(made in a separate mold) with 5 min. epoxy. The final touch was adding the logos, which involved some precision cutting and more epoxy. Below are the pictures of the final result. Creating this replica definitely gave me some closure on one of my biggest dreams growing up in the early 90’s. The response from other fans of the show made me realize I was not alone in my quest for a glowing piece of the radical rock. These items can be purchased on this website here.